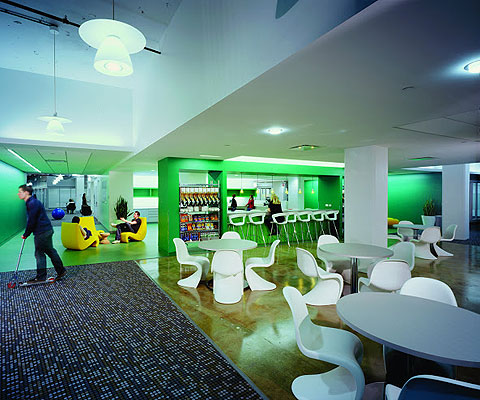 When labor Universum asks 15 000 university- and college students about their career dreams, one thing is clear. Although the students themselves are keen to become entrepreneurs, it's great American giants with well-known brands such as parked in the top of the list. The very top is Google, followed by Microsoft.

- It is of course gratifying to be at the top of these types of lists and important when we recruit staff, says Gustaf Brusewitz who is communications director at Google in Sweden.

Google has about 60 staff developers in Stockholm and that number is constantly growing. Gustaf Brusewitz believe that employee development opportunities within the company is essential for the high placement, but also to the company's products are so well known.

- Our products make it interesting to work with us, says Gustaf Brusewitz.

Looking for a job? How to check the employer up.

Of the Swedish companies on the list are popular Spotify with a third place. In fourth place we find Dice. The company behind Minecraft, Mojang, goes directly into place eleven on the list.

A little further down, in place 43, we find the consultant Evry. Alongside newcomers Mojang and King.com is evry one of the companies that climbed the most compared to the previous year.

In part, he thinks that it is because Evry brand is fairly new. But the company is working actively to reach out to the right IT students.
- Our goal is to end up blende the ten most popular companies, says Niclas Ekblad.

To achieve this, the company works among others by letting students enter as trainees.

- The generation is good at communicating and disseminating their experiences to us further, says Niclas Ekblad.

He does not believe that the New Year's night's big crash in the company's data center, where, among other things, SJ and Posten hit hard, will affect students' perception of the company negatively in the next survey.

- I think it's been a fairly balanced picture of the incident that spread in the media, he says.

On the contrary, the incident may have made the company better known,.

- Whether it has given more attention so we had happily been without it, says Niclas Ekblad.

Daniel Wägerth is brand specialist in the universe is surprised that not more IT Consultants ranks high on the list.

- I think it's surprising that more IT consultants are working to be seen as attractive.

It is according to him a big difference on how engineers and IT consultants are perceived in the students in the survey.

- The group wants security and whether to generalize the technology consultants more long term in relation to his staff while IT consultants do away with many of the bad times for hiring since when needed again, says Daniel Wägerth…