Dos 4.0 was just the beginning of a series of large holes, that Microsoft has done through the ages

Over the years, Microsoft has done a lot of successful features such as collecting Word and Excel in Office package, mix together Windows OS 98 och Windows NT till Windows 2000 and buying Skype for huge amount of money. Of course, the company also Tabbath itself several times - this is the 13 worst misses of all time. 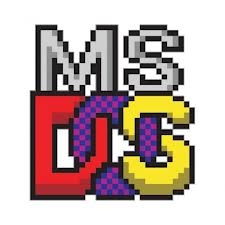 I juli 1988 released IBM and Microsoft Dose 4.0 which quickly turned out to have a lot of flaws. The operating system ate up data, destroyed the disks and put to memory problems.

, Microsoft claims that IBM neglected final tests and IBM believes that Microsoft should not have expected to Dos 4.0 would operate on hardware that was manufactured by IBM. 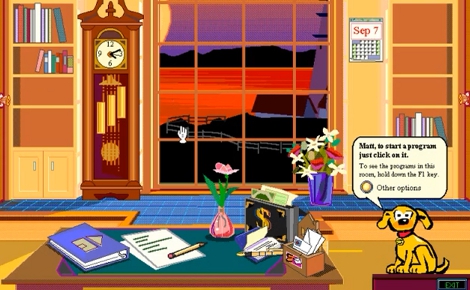 Microsoft wanted to make Windows more user friendly, and in March 1995 therefore released interface Bob, an alternative to the Program Manager in Windows 3.1. Bob visade en tecknad miljö i form av ett hus där du kunde vandra omkring och klicka på objekt för att starta program och utföra olika saker. It was not quite as user friendly as it planned and flopped therefore quickly. Already 1996 disappeared from the market.
In Bob was a small assistant in the form of dog Rover who regularly supplied various tips to the user. Rover had to live on in Windows Explorer in Windows XP. I Office 97 Microsoft launched another assistant, a little gem called Clippy, which also hung in Office 2000 and 2003. Assistants caused great annoyance of many, and eventually had to go to the grave.

11. Zune, Kin, Courier, Windows Mobile and the fact that Microsoft has failed to keep up with the mobile market for consumers

2002 and 2003 Apple had great success with the Ipod. Therefore, Microsoft began designing its own music player, Zune. It was not launched until 2006, and only a year after came the success story Iphone as more or less competed with all music players and other mobile electronics gadgets that were popular when. Zune sold abysmal but was not produced until 2012.

Then we have the Kin One and Kin Two, Microsoft's two smart phones with social networking features. The hardware was based on an Arm design but the phones could not run apps from third-party. Verizon began selling the two handsets in May 2010. 48 days later they gave up and returned the phone to Microsoft.

Kin One och Kin Two.
In December, Wired published a number of leaked video that shows Microsoft's internal testing of Kin On and Kin Two. The testers have obvious problem with the interface, something which perhaps explains why the project ended as it did.

It has not gone particularly well for Microsoft's mobile operating system Windows Mobile. In January 2010 had admittedly 15,7 percent of the mobile market in the U.S., but two years later it was down to 3,9 percentage.

Already in 2000 Bill Gates talked about the focus on tablet. The first models with Windows XP Tablet PC Edition was born 2002 but did not get a very warm reception from the market.

Four years later, Microsoft collaborated with Intel and Samsung in umpc project (ultra mobile pc) Origami. It resulted in a handful of small machines with touch screen, some of which ran Windows Tablet PC Edition. They were slow, clumsy and battery hungry and was not a success.

2008 it started leaking rumors that Microsoft was working to develop Courier, a very innovative mobile with dual 7-inch screens, wifi, built-in camera, inductive chargers and Arm Nvidia Tegra processor. The project, however, was down 2010, shortly after the launch of the iPad.

10. Bad Windows Versions, they are coming back in cycles?

Windows OS 3.1, Windows fort Workgroups 3.11, Windows OS 95, Windows OS 98 och Windows 2000 were all huge successes. Then something went wrong - Windows Me introduced. There was not really anything other than a service pack for Windows 98 and shown to be littered with glitches.

The successor Windows XP, which was based on the NT kernel, felt like a fresh fan. It also became extremely popular. It was not until 2007 before the replacement Windows Vista launched, operating system that nobody wanted. There was also a real flop. Then came Windows 7 and everything was fine again.

Windows Vista came in several different versions, and Ultimate was the most advanced. In that version included Extras, a package that promised exclusive content, services, and other content.

In reality, were just a number of video clips for use as desktop backgrounds, a poker game, optional audio package and a puzzle game. Extras was later released as a free package.

When Windows XP had been a number of years on the market, Microsoft began rolling out the system Windows Genuine Advantage to all XP users. The controlled if users were running a genuine version of Windows, this against a central database.

Eventually it turned out that the database at times rejected valid Windows licenses and that Microsoft also used the system to collect data from unwitting users, something that caused major uproar.

One of the biggest mistakes when it comes right marks where else when Microsoft blew the name Hotmail, the world-renowned brand which stood at almost the same level as Coca-Cola and McDonald's. Now it has turned into something that no one understands.

It started with your Hotmail account suddenly became a Microsoft Passport account, a name of a login service that Microsoft hoped would take over the internet. By adding data to your credit card, it would also go to trade the account.

The system was later renamed to Microsoft Passport Network, MSN Passport, .Net Passport and finally to Windows Live ID. There is now embedded in Windows 8 and handles the login where.

The above brings us on to Live. I november 2005 lanserades Windows Live och Office Live, something that started one of the most confusing brand soups of all time.

Many compare Windows 8:'s confusing interface with Dr.. Jekyll and Mr.. Hyde. Microsoft was forced to do something dramatic, given the declining PC sales. The transformation of the old desktop to a grid, however, is not the solution. Or so we all wrong. Kansk comes Windows 8 to breathe life into the PC industry. In six months, we know the answer.

Many are now extremely confused when it comes to Windows 8 och Windows RT. What really sets them apart? Customers who buy Windows RT and think they'll get Windows be very disappointed.

3. Missed opportunities in the Cloud

Ever since the mid 90's, some people within Microsoft tried to get the company to expand faster in the cloud. Cloud proponents, by contrast, had to leave the ship as, while the more traditional Windows Lovers have got to keep working.
Mesh shut down in mid-February.

Over the past ten years, Microsoft has increasingly emphasized the cloud but had one foot in Windows and the other in the Office. Innovative services such as Mesh has been thrown aside while I-also-products such as Skydrive has been allocated a large budget.

2. The followers have left Microsoft

Who will take over for Steve Ballmer?

There are still some stars such as Andy Lees, Paul Maritz and Bill Veghte, but none of them are playing in the same league as Ballmer. Lack of new leaders may prove to be Microsoft's biggest problem in the early 2010s.