Cyber Risks Threatening your Mac and how to Prevent them • ITCRS 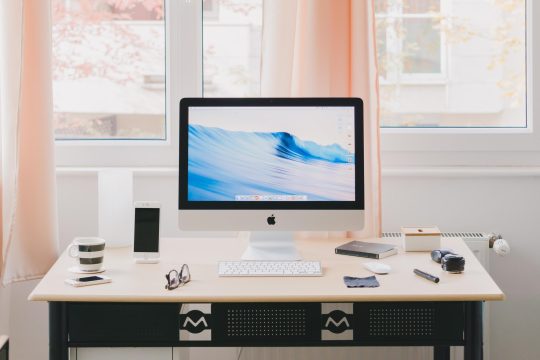 It is common knowledge that several computer users believe Macs have few security threats. This notion has been held for many years. As a matter of fact, it used to be right. Hackers hardly targeted Mac users because they represented the minority of the computer market.

However, since the rise in Apple’s share of the computer market, cybercriminals have stepped up efforts. Digital security attacks on Macs are becoming more frequent when compared to Windows-based systems.

It has been discovered that Apple mistakenly approved malware as an Adobe Flash Player update. The malware which spreads advertising malware hit the MacOS before it was found by the team.

Mac users that utilize Zoom’s video-conferencing platform have reported several attacks through a vulnerability in the app’s code. The 9 to 5 Mac blog has also said that at least six types of malware custom-made for Mac computers have been uncovered by tech experts.

The confluence of these factors in recent times have proven that Mac users need to take more steps to boost digital security. Below, you’ll find the best tips to protect your files on your Mac computer.

Digital Security Solutions for your Mac

This is the simplest and possibly the essential tip for Mac users. Hackers are always trying to find new ways of sneaking in malware onto Macs that use outdated software through security loopholes. In this context, software encompasses your programs, browser extensions, and operating system.

The cybersecurity team software tailor-made for Macs understands the threat by hackers and works around the clock to patch these loopholes. Once they’re done, they release an updated version.

You can update your macOS by clicking on the Apple icon at the top left corner. Click on ‘About This Mac’ and tap on ‘Software Update’. If you’re likely to forget about software updates, don’t worry, your Mac’s got you. On the ‘Software Update’ section, select the ‘Automatically keep my Mac up to date’ option.

To automatically update your programs too, head over the App Store under ‘System Preferences’ and click on ‘Automatically check for updates and the Install app updates’.

Using a secure browser for your Mac is the first step to making sure hackers don’t breach your communications. Apple’s default browser, Safari, isn’t high up the list of most tech experts. It leaves you susceptible to many data leaking websites.

It is widely believed in the tech space that browsers like Tor and Brave are secure internet browsers. They prevent websites from tracking your web activity. Endeavour to install them on your Mac.

A VPN serves a Mac user by spoofing the user’s IP address. The address is then replaced with that of the VPN’s server. In essence, your data would be safe from hackers, websites, and advertisers. It is the ultimate privacy tool to use after switching to a secure browser.

The primary function of this toolis to encrypt the internet traffic flowing to and from your device. It protects your data when you’re connected to an unsecured Wi-Fi network, which is not recommended). But if you have to use a public network, make sure you have a VPN on your Mac. This ensures that your traffic is encrypted and undecipherable to hackers.

Mac users also use VPNs for entertainment reasons such as bypassing geographic restrictions on games and movies.

Macs have an inbuilt data protection tool that encrypts data on the device. The tool is called FileVault, and it protects the files on your device from hackers.

To switch on FileVault, head over to System Preferences, click on ‘Security & Privacy’, then FileVault and select ‘Turn on FileVault’. Make sure you keep your encryption password safely. Also, to avoid losing access to your information, choose the option to use your iCloud account to unlock your files.

Since Macs have increased in popularity, cybercriminals are targeting its users to steal their information. Recent trends have shown that phishing attacks and malicious software programs are being created every day for the average Mac user.

Make sure to look into the tools mentioned above and protect your data!